Just six months after he started his Modern Apprenticeship in Engineering Maintenance (Electrical) with Fife-based DPS Group, Jack Arthur (20) found himself in the middle of the Covid-19 pandemic.

With large parts of the industry affected by the lockdown restrictions, the future of many workers around the UK was uncertain. Jack, however, became one of 500 apprentices, trainees and graduates to be supported by the ECITB’s Train to Retain scheme, which helped keep young recruits in work and training, at a time when many would have been at risk of redundancy.

As part of the programme of training supported by the ECITB, Jack and eight other DPS apprentices completed a project on the Industrial Internet of Things (IIOT), which refers to interconnected sensors, instruments, and other devices networked together with computer-based industrial applications in the fields of manufacturing and energy management.

Each apprentice was tasked with coming up with four separate ideas for a project involving the IIOT. Jack’s were: an automatic garage door; an anti-theft system which could detect and monitor movement; a health monitoring system, and a humidity and temperature sensor.

He chose to further develop the humidity and temperature sensor because of its wide range of applications in many sectors and, after presenting his project to the company’s directors, Jack was awarded top prize.

He said: “I started my project by getting a Node MCU board, a DHT II humidity and temperature sensor, a basic, ultra-low cost sensor which uses a capacity humidity sensor to provide a data signal, and a programme board which works with the sensor, allowing data to be viewed on your SMART device. I used open-source Arduino Software (IDE), which allows you to write specific code. The open source application lets devices speak to one another, and send and receive data and live alerts. It can also be customised to the way I want it to look.

“The humidity and temperature sensor I built can be used in lots of different industries. For example, in factories where food is stored, the SMART sensors allow for the remote monitoring of fridges and freezers, while in the motor industry it provides a low cost and effective, around-the-clock way of monitoring temperature and humidity in engine bays, sending regular automatic updates to those operating the system.

“I really enjoyed the entire project, in particular learning how to programme. I took a broad view of things and honed in on one that could have a specific application. It was a great learning experience.” 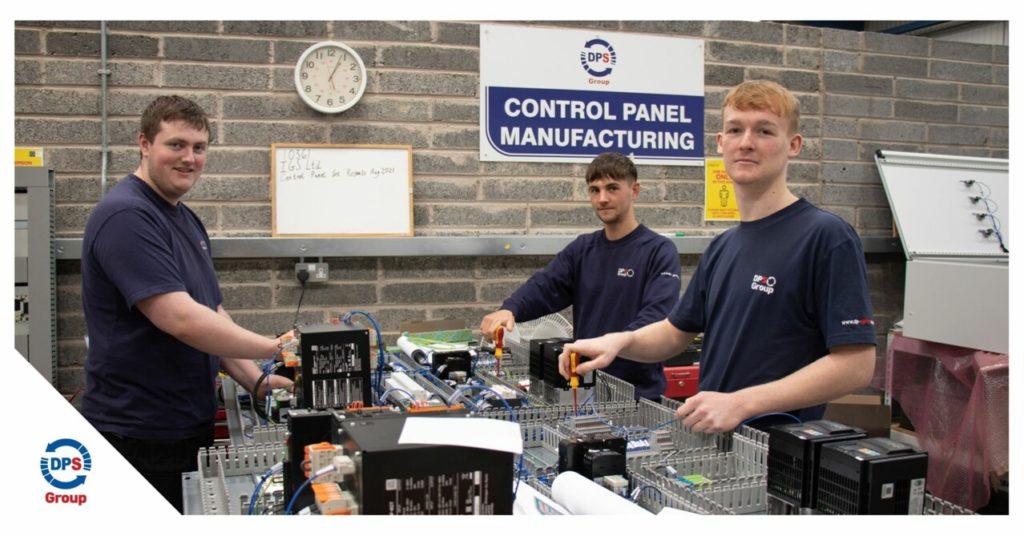 Jack had already impressed his future employers with his confident and assured performance under pressure. DPS Group Managing Director Colin Burnett, said: “Jack impressed us from the start – he showed great initiative when he was interviewed from the cabin of a JCB, which was the only quiet spot he could find on a busy construction site.

“The concept for the IIOT project was borne out of the need for the DPS Group to remain at the front of the wave with regards to up-and-coming technology. We see both the current and future MAs being an integral part of this rapid uptake in technology – the opportunities for both the business and the individuals to be involved in what is commonly known as the 4th Industrial Revolution is immense.

“The pandemic hit everyone hard, including our business. We had nine apprentices supported by the Train to Retain scheme, which allowed them to undertake a range of tasks across different departments in the company. This provided additional support for the business and enabled the apprentices to augment their experience when access to customer sites was an issue during the pandemic.

“All the apprentices are aged between 17 and 20, so it has been a learning curve for them all. While one of the main aspects of this project was to gain technical knowledge, no less important was the learning of skills required to become project engineers and project managers, and to be able to stand up in front of a room of senior managers and present their ideas. Jack has shown that he has the confidence to do that.

“The Train to Retain support given throughout the pandemic allowed us to not only undertake this quite unique idea, but it also allowed the individual MAs to grow and develop in what could have been a very different scenario without the ECITB’s support. For that we thank ECITB, not only on behalf of the business, but for the individuals who still have a career path and magnificent opportunity due to the funding provided.

“We are very proud of all that Jack has achieved – he has done exceptionally well. He is only in his second year, so his next steps will be to complete his Modern Apprenticeship then build on this experience and review his project and career opportunities within the company. It is a win-win situation for everyone involved.” 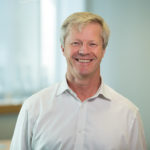 Chris Claydon, Chief Executive of the ECITB, said: “Congratulations to Jack on winning first prize with this ingenious design project and well done to DPS Group for creating such an innovative training programme, which the ECITB has been really pleased to support.

“As our Train to Retain scheme draws to a close, all the feedback we have received suggests it has been a resounding success. Through the scheme, the ECITB has supported the training and development activities for 494 apprentices, trainees and graduates over the past 20 months.  These learners are the future of our industry, and it is crucial their skills were retained and developed during the months of lockdown to ensure the industry remains competitive and has the skills ready to deliver the energy transition.”